Nine Arch Bridge is located in Ella, Sri Lanka. It is one of the country’s best examples of colonial-era railway construction. The bridge’s construction was generally attributed to P. K. Appuhamy, a local Ceylonese builder, on the advice of British engineers. It’s located between the Ella and Demodara railway station. Those choosing to walk along the bridge will be presented with scenes of rolling hills and dense jungle to delight in.

Built entirely out of brick, rock, and cement. To this day, the 91m long, 24m high bridge has stood entirely without steel support

Since its construction in 1921, the bridge has stood its ground. According to history, the bridge was built by the locals using such materials; when construction was stopped because there was no steel because of World War I. However, in addition to this history; There is a lot of lore about how the bridge was made. Regardless of the truth of the stories; the fact remains that the Nine Arches Bridge, with its nine graceful arches and solid construction, is one example of Sri Lanka’s expertise in

How to get to the bridge

You have multiple options and ways to reach the Nine Arch Bridge.

The easiest way to get there by tuk-tuk ride from Ella. Ask them to drop you off near the tunnel and walk to the bridge for the final piece to save time.

You can also walk to Nine Arch Bridge by following the Ella-Passara Road, turning left at Sri Kanaser Temple, which is where all of the street food stalls are, and following the signs past several guesthouses until you get to the bridge.

It’s a great place to photograph and there are small cafes where you can buy drinks and food.

Trains pass the bridge about 4 times a day. Morning 06 Am, Evening 03.30 pm, 5:30 pm, and 6.30 pm, the exact time’s change. It’s a great place to photograph and there are small cafes where you can buy drinks and food.
Do ask your guesthouse or hotel about the nine arch bridge train schedule. 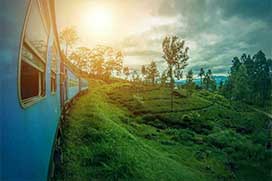 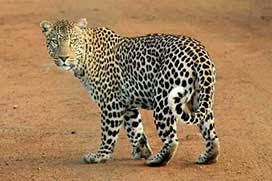 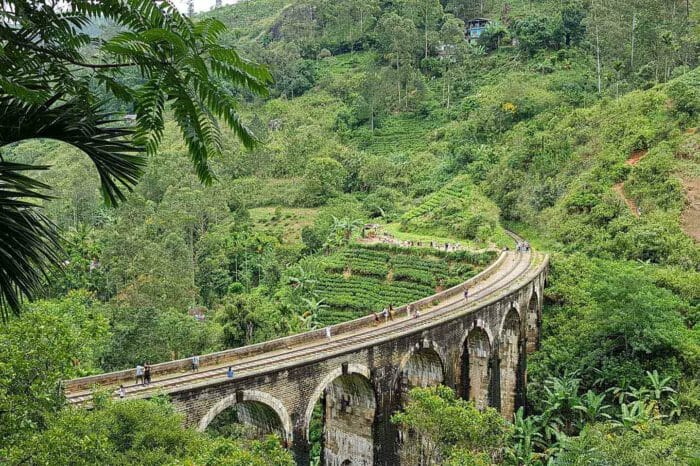