The first capital of Sri Lanka is Anuradhapura, which is in the north-central province. It was one of Sri Lanka’s ancient capitals and the center of Theravada Buddhism. In 1982, UNESCO designated it as a UNESCO world heritage site.

The history of the sacred city of Anuradhapura

Anuradhapura is the greatest monastic city in the world. It was founded in the 5th century BC and remained the majestic seat of the kingdom of Sri Lanka until the 11th century A.D. Anuradhapura thrived as the Capital of Lanka from 377 BC until the reign of 130 kings ended in 1017 AD.

What sights are in the sacred city of Anuradhapura?

Anuradhapura, the first planned city in Sri Lanka and the first historical capital, was established in the 5th century BC. It offers a fascinating look at a stately, well-planned pre-Christian metropolis with enormous Buddhist shrines and monasteries, magnificent palaces, pavilions, and parks, bathing ponds, and vast reservoirs, many of which are works of architecture, art, engineering, and sculpture.

There are numerous memorable sightseeing in Anuradhapura. The suburbs had been planned as areas serving the city and as settlements for ascetics, while the city had been reserved for the King, his ministers, and commercial activities. The site is full of restored structures, preserved structures, restored monuments, and historical sites where archaeological excavations are still ongoing. The glorious Sinhalese Buddhist civilization began in Anuradhapura.

The ancient reservoirs and stupas are Anuradhapura’s greatest assets. The marvels of ancient Sri Lankan civil engineering—towering stupas or dagobas (pagoda-like structures) with stupendous domes—were constructed with a variety of engineering considerations in mind, including the effects of lightning on high-rise structures. Anuradhapura also has magnificent stone-cut swimming pools made with sophisticated hydrology engineering techniques, gigantic stone pillars that stand proud among the ruins of Buddhist monasteries, royal palaces, and temples, and magnificent rock carvings of monumental richness and remarkable grace.

The Thuparama Dagaba, which houses a Buddha collarbone relic, the Isurumuniya Rock Temple, which houses a treasure trove of sculptures, the 2,200-year-old Sri Maha Bodhi (Sacred Bo Tree), which is the world’s oldest historical tree, and the UNESCO World Heritage-listed Abhayagiri and Jetawana Dagabas, which are 380 feet and 400 feet tall, respectively, are second only to the two tallest Tissawewa, Nuwarawewa, and Basawakulama were Anuradhapura’s three primary ancient irrigation lakes. They fed the city’s agriculture and adorned the capital for nearly two millennia, just as they do today. 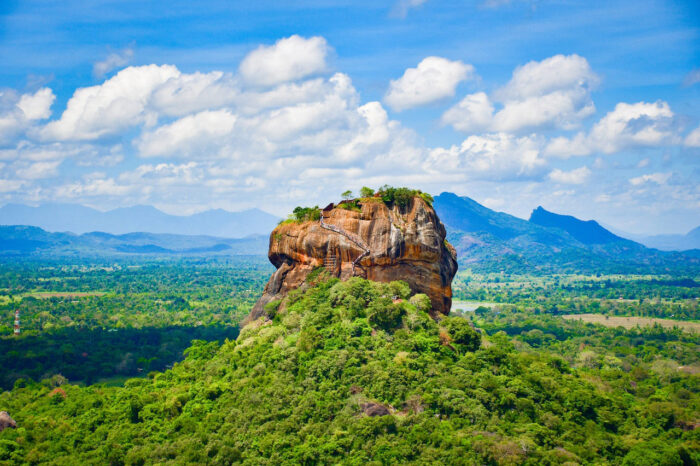 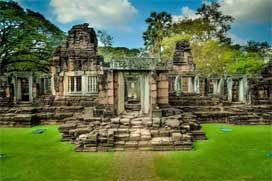